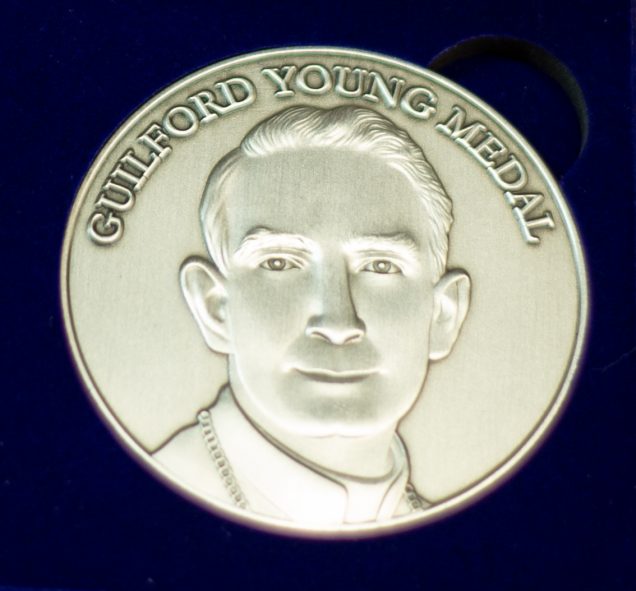 Twelve Tasmanian Catholics are to be honoured in the inaugural year of the Guilford Young Medal. The recipients include clergy, religious and laity from parish communities across the state. Their outstanding contribution to the Church through their leadership, meritorious service, notable deeds of merit, innovative and dedicated exercise of professional responsibilities makes them worthy of recognition. The twelve recipients include:

“We cannot but be thankful for the contribution and witness of this year’s recipients who, though they have gone quietly about their work, have through their efforts earned the admiration and appreciation of all,” said Archbishop Julian.

In November 2020 the Archbishop of Hobart announced the establishment of a diocesan honour and caused to be struck the Guilford Young Medal to acknowledge those whose sustained and substantial contributions to the life and evangelising mission of the Church in Tasmania was deserving of recognition.

“Guilford Young was a shepherd to the Catholic community in Tasmania for thirty-three years and his influence reached far beyond the state. He was a prominent contributor to the Second Vatican Council and its implementation, as well as an international leader in liturgical renewal and ecumenism. Guilford Young’s work at a national and state level helped change the landscape for Catholic Education in Australia. He had a deep faith and a great love for and loyalty to the Church.”

A private presentation ceremony for recipients and their guests will occur later this month.