Sr Virgil a woman of deep faith who inspired others 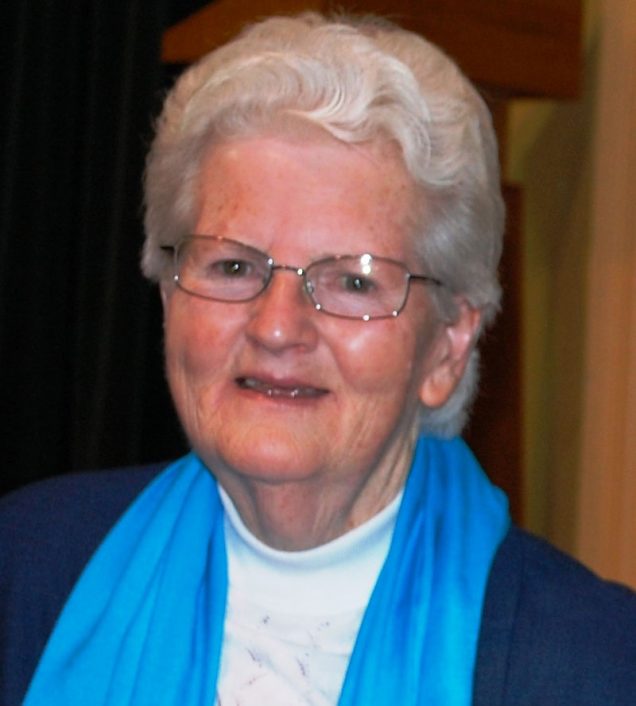 Sr Mary Virgil (Margaret) Virtue, a Sister of St Joseph who has died in the 65th year of her religious profession and 86th year of life, has been remembered as a kind person whose faith in God was an inspiration to others.

Sr Virgil, whose birth name was Margaret, was born in Launceston in 1936 and attended St Thomas More’s School at Newstead along with her two brothers, Jim and Bill.

Inspired by the Sisters of St Joseph, she went to Hobart in 1953 to enter the novitiate at New Town. She was professed on 4 January, 1956, as Sr Mary Virgil, a name she kept throughout her life, although at Mt Esk she was known by her birth name of Sr Margaret Virtue.

Sr Virgil was a teacher and principal in Josephite schools around Tasmania: at Smithton, Devonport, Zeehan, New Town, Rosebery and Wynyard. She then spent 10 happy years (1995-2005) at the Emmanuel Pastoral and Spirituality Centre in Launceston, where she provided valuable support and was responsible for catering for all who attended the many formation opportunities offered there. Her last ministry appointment was to Westbury, where she was involved in pastoral work and parish visitation. In 2015 she moved into Ainslie House in South Launceston and then into Mt Esk in 2018.

Sr Virgil often recalled with fondness her years on the West Coast, and the efforts she took to make sure that the students at Rosebery and Zeehan participated in as many cultural activities as possible. This involved her getting a bus licence to transport students between the two schools and arranging for a commercial recording of Christmas songs, called Carols from the Mountains. She is also remembered at Rosebery as having a pet cat.

Sr Virgil related to others with genuine care and warmth. She was a wonderful cook and graciously hospitable. Sr Virgil was gifted at handcrafts such as knitting, sewing, tatting and candle-making.  She had distinctive, very neat handwriting and wrote many letters to keep in contact with family and friends. She will be missed by her Sisters, extended family members and the many people whose lives she touched.

Despite a few health setbacks over the past few years, Sr Virgil was strong in spirit and rarely complained, endearing herself to others through her calm, accepting attitude. She was always grateful for the care she received from Southern Cross Care.

Sr Carmel Jones rsj said: “Sr Virgil was a gentle, kind person whose faith in God was an inspiration to those around her.”

May Sr Virgil now rest in peace with the God in whom she trusted so deeply.