A life of love, faith and photographs 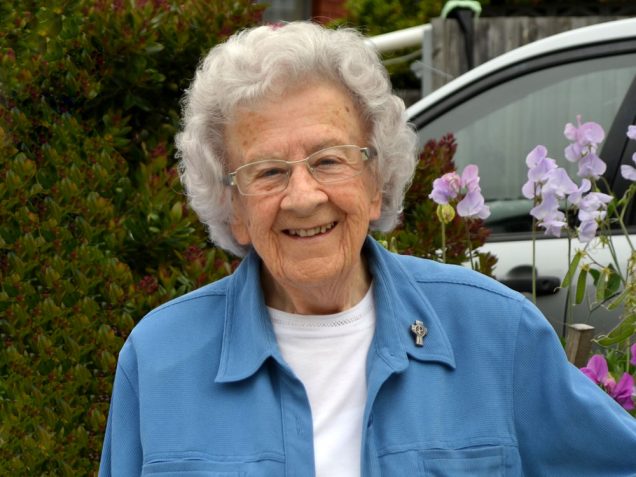 Her warmth, kind heart and ability to truly listen to a story were remembered fondly at her funeral mass on 30 July at St John’s Catholic Church in Glenorchy.

MSS Congregational Leader Sr Stancea Vichie said although the sisters were kept apart by border restrictions, they were united in giving thanks for the life of their beloved Sr Carmel.

“She was gifted with an intelligence that could sift the dross of life, a wisdom that touched the essence of humanity and the greatness of the divine,” Sr Stancea wrote in her words of remembrance.

“She loved bringing groups of people together to spend time in reflection and prayer as well as good conversation where people could feel safe to share their stories of grief and laughter. She enjoyed cooking and preparing a dinner for people to gather around the table.”

“Back in the 1950s, she and a couple of girlfriends would plan every detail of their trips to different parts of Tasmania on gravel roads, then take off in a little yellow VW on their adventures.”

Sr Carmel joined the MSS in August 1958 at the age of 27, when the congregation had been established just 14 years.
Within her first years at MSS, Carmel became ill with tuberculosis and remained in hospital for months.

“Life was precious to Carmel, and her condition never stood in the way of her commitment,” Sr Stancea said. “She was interested in everything and everyone. She was a gatherer, a historian and an archivist.”

“Carmel has left us a wonderful legacy of photos which she took over many years,” Sr Stancea said. “One story remains in MSS folklore, and is often told as we gather and storytelling begins.

“It’s the story of the sisters’ visit to the lighthouse keepers on Tasman island, south of Tasmania. The family was enrolled in the MSS religious correspondence courses. Carmel joined Pat Quinn and Marcia McMahon on the mission particularly to take photos.

Reaching the isolated island involved hitching a ride on a boat delivering supplies, jumping into a dinghy in the rough waters, being hauled into a flying fox and pulled onto a landing across the waves. From there, the three of them lay on a trolley which was pulled by a cable up the 900 foot cliff face. All with their veils on. They hung on while Carmel, holding her precious camera and terrified, took photos from the trolley while Marcia sang ‘Nearer, my God, to thee’.

The family was so very grateful to have them there for the couple of hours before they returned the same way.”
In recent years, Sr Carmel was dedicated to the development of the mission entity set up by the sisters, known as Highways and Byways – a community of service.

Sr Stancea said Sr Carmel’s family was precious to her, especially her great-great niece and nephew.
“She was supported with such love and compassion,” she said.

“Her eyes would light up the room each time they visited.”

Sr Carmel treasured the call she received from God to become part of the life and mission of the MSS community of women. She lived the call with great generosity of mind and heart until the moment of her death, on her feast day, Our Lady of Mt Carmel.