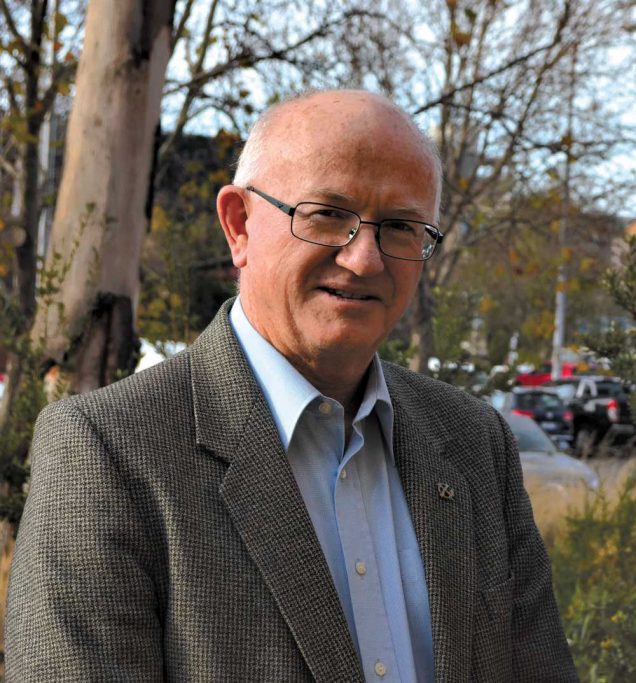 As Br Sean McManus set off across the strait towards his next chapter, the Christian Brother carried memories of warm welcomes, close communities and beautiful mountain vistas in his heart.

“I will miss Tasmania, especially the Parish of Moonah and the wider Church community,” he said.

“It is a smaller community than somewhere like Melbourne, and you really get the opportunity to know people.”

This dedication to truly understanding people has served Br Sean well over the past ten years, as he worked to support the lives of migrants and refugees.

“I inherited a strong sense of justice,” he said.

When Hobart-born Br Sean arrived back in Tasmania in 2011, after years teaching and working in Melbourne, Tanzania and Kenya, the Pontville detention centre had just opened.

“I used to visit the asylum seekers there,” he said.

“That flowed into work with people on bridging visas and then other humanitarian arrivals as well.”

Br Sean said his own experience growing up with migrant parents and living alongside displaced persons from the Second World War meant he “chose to pay attention.”

“I am uncomfortable with our successive governments’ stance to asylum seekers and refugees and the unnecessary harshness that is being played out to this very day,” he said.

“That found expression in choosing to pay attention to people with the lived experience of being refugees, who had to leave their own home and find a new place to live.”

In 2015, along with other volunteers, Br Sean established Light the Way – a tutoring support program for secondary students of refugee background. The program operates under the auspices of CatholicCare Tasmania at Guilford Young College Glenorchy Campus.

“There are students going through schools from countries of conflict all around the world,” he said.

“I have been here long enough to see the program bearing fruit as people move from one stage to the next. That’s been a real delight.”

Br Sean, who celebrates 50 years with the Christian Brothers in January next year, said despite the challenges facing many refugees, he lives in hope.

“I take hope from one young asylum seeker detained in Pontville who became school captain of Guilford Young College and is now nearly finished his university degree in Melbourne,” he said.

“I take hope from others who have gone through to UTAS on refugee scholarships. The hope has sometimes been more in groups like schools and universities than in government – in places who are prepared to give people a go in study or employment.”

Br Sean said one thing he would always remember was the warmth with which refugee families welcomed him.

“And,” he added with a chuckle, “I have certainly developed a deep appreciation for Iraqi and Iranian food along the way.”

Br Sean said he believed the Tasmanian community, in turn, demonstrated an openness to welcome new arrivals to the state.

“My hope would be that Tasmania continues to make them welcome, especially when people of refugee background are allowed back into Australia,” he said.

Br Peter Flint, who worked and lived alongside Br Sean, is now the sole representative of the Christian Brothers in Tasmania.