A challenging and wonderful vocation 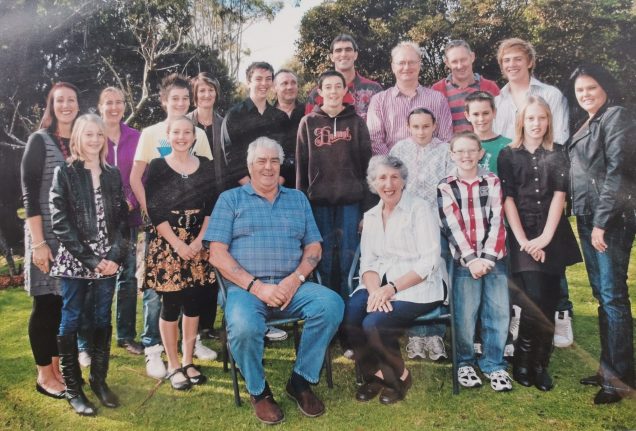 For three Tasmanian mums, Mother’s Day is not only about honouring motherhood, but also an opportunity to give thanks to God for calling them to a challenging and wonderful vocation.

Riverside mother, grandmother and great-grandmother Margaret Cherry, 77, knew she wanted children from the moment she met her husband, Geoffrey.

“I had a beautiful mother of my own, and now I have four children, 10 grandchildren, one great-grandchild and another on the way,” she said, when interviewed in early May, just before the birth of her second great-granddaughter, Daisy, on May 6.

“At first you have your babies right there beside you all the time, and then they grow up and off they go.

As she raised her children, Mrs Cherry felt God by her side.

“My faith is my total support,” she explained.

“Whenever things were hard – and I had three children under three for a while there – I would say a prayer and go to Mass. I remember calling my mum and telling her I was not sure how I would cope with another baby, and she said to me ‘If God is sending you another little baby, He will send you all the love and time and whatever is needed to look after that baby.’ And I got off the phone and got stuck into my work. I cannot separate our Blessed Lord from any part of my life. I rely on Him as my rock and my refuge.”

“There had been a call out for people to care for little babies, and I thought we could certainly give that a go too,” she said.

“I was never really one for an empty nest.”

Mrs Cherry said becoming a grandmother, and then a great-grandmother, was a time of great happiness.

“When you have your own children, they are with you all day and night and you are responsible for everything,” she explained.

“But when your grandchildren come and visit, you can drop everything – play with them, take them to the swings, entertain them and just be with them. You get all that time for love.”

Mrs Cherry said she often prays that mothers today can prioritise motherhood in their lives.

“I know it can be hard with careers as well, but it doesn’t take long for your little ones to grow up,” she said.

“Motherhood is the greater vocation for me – it has to take priority.”

“I felt called to motherhood,” she explained.

“I have always seen my faith through the lens of being a mother, even before I had children.”

Mrs Young, with husband Xavier, has two young children and is expecting their third child. The 31-year-old said although parenting has its challenges, the rewards are overwhelming.

“Parenting can make being a person of faith more difficult in some ways, but it also makes me want to try harder,” she said.

“I am conscious of sharing my faith with the kids in a deliberate way. We have just started teaching them about having conversations with God. I live outside myself more now – once you have children you are living for these little people. Since having kids, I have found I want to be a better person.”

“St Gianna was influential in discerning my vocation to motherhood,” she explained.

“She was a light in the darkness, and one of the very few examples of a saint who lived her life in dedication to motherhood.”

Mrs Young said her own relationship with God imbued motherhood with special meaning.

“Faith is key, and prayer is a time of consolation for me,” she said.

“I have always wanted to be a mother, but it wasn’t until I made that strong commitment to my faith at 18 years of age, that I started to see motherhood not just as something people do, but as something God wants for me, to make the world a better place.”

For 63-year-old mother and grandmother Anna Matuszek, of Neika, faith played an integral part in raising her nine children with husband Tad.

“I don’t think I would have survived many things in life without my faith,” she said.

“God has played a huge part in our home, with the children growing up in a big family and looking out for each other, having faith, hearing the Gospel, and trying to live as faithfully as possible.”

With her children now aged between 20 and 37 years, Mrs Matuszek is relishing precious time with her five grandchildren.

“It is wonderful to be there for them as a grandparent,” she said.

“I can just love them and spend time with them.”

The loss of both her own mother and her mother-in-law in recent years, Mrs Matuszek said, brought home the significance of motherhood.

“I see how their love and influence has passed through all the way down to my grandchildren,” she said.

“It makes me think about how important it is to respect your parents, and to teach that to children. We have always talked to the kids about God being love, and showed them how, whatever is happening in the rest of the world, we never lower our own standards or beliefs.”

Mrs Matuszek said it is this faith that carried her through the changing seasons of motherhood and ensured strong relationships with her children over the years.

“We have been through some wonderful journeys with our adult children. We have been able to be part of their life and travel with them, and that really brings us closer,” she said.

“My faith is only growing.”

Main image: Margaret Cherry and her husband Geoffrey (centre) with their four children, their children’s spouses, and 10 grandchildren.