Pray and seek the advice of others, says new Vocations Director 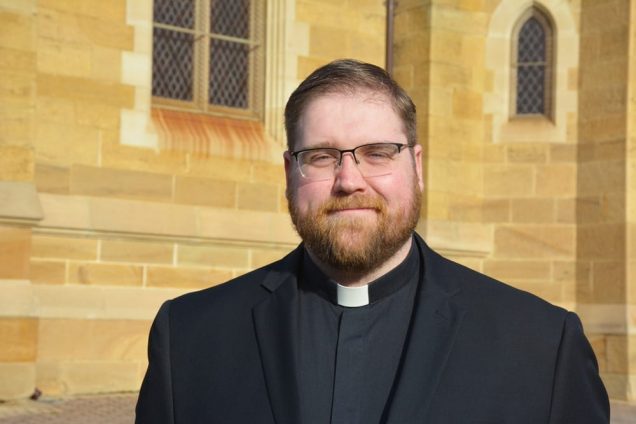 That is part of the advice from the Archdiocese of Hobart’s new Vocations Director, Fr Steven Smith, to those who may be discerning a vocation.

Fr Steven, who is also an assistant priest at the Mersey Leven Parish on the North-West Coast, said it was ‘early days’ in his new role, but that the role of Vocations Director is an important one.

“Vocations matter, both to the growth of the diocese and the spiritual life of the diocese,” Fr Steven said from his base at Devonport.

“My message for anyone who is trying to work out what God is asking of them, is to think, to read and to pray. Get in touch with the Vocations Office.”

Going to Mass, spending time in prayer and discernment, and talking to family and friends were all important steps, Fr Steven added.

“Talk to someone you feel comfortable with for their advice, whether that is a priest, or a person who is a member of a religious order, or a trusted friend,” he said.

He says that a number of people were helpful to him in his own journey – including his family, who were very supportive.

Fr Smith was ordained a priest for the Archdiocese of Hobart in 2020. He replaces Fr Brian Nichols as Vocations Director following Fr Nichols’ move to Melbourne to take up a role as Vice Rector of Corpus Christi Seminary.

For further information about Vocations within the Archdiocese of Hobart, please contact vocations@aohtas.org.au.