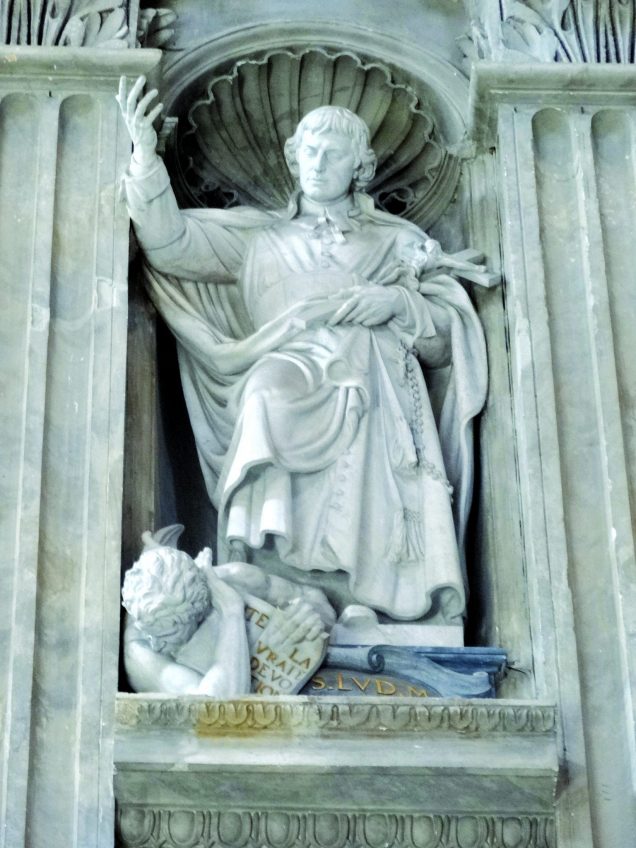 St Louis-Marie Grignion de Montfort served as a priest for only 16 years before he died, but his preaching, founding of religious communities and writings have had a profound influence in the Church – particularly regarding devotion to Our Lady.

Born in Montfort, a village in Brittany in 1673, the saint was born ‘Louis’, taking the name ‘Marie’ at his Confirmation. Perhaps today his love for the Virgin Mary has become his most famous attribute, but he also had a great devotion to the Blessed Sacrament and in his missions would encourage devotion to the Sacred Heart of Jesus.

He developed a love for the poor, and school holidays would see him ministering to the poor and sick with other young men. When, at age 19, he went to study theology in Paris, he walked the 130 miles to Paris on foot, giving all he had to the poor he encountered during the journey.

He was ordained a diocesan priest at 27, serving briefly as a hospital chaplain, but soon began preaching parish missions in western France.

His work encountered opposition, even from his own bishop – and St Louis-Marie decided to walk the thousand-mile journey to Rome to speak with Pope Clement XI. As a result of their meeting, the Pope named St Louis-Marie a ‘Missionary Apostolic’ and entrusted him with the mission of continuing to travel and minister to the faithful of France. He returned to France and continued his ministry of spiritual renewal.

Alongside his personal missionary activity, St Louis-Marie founded two congregations: the Company of Mary, dedicated to evangelisation and spreading devotion to Our Lady, and the Daughters of Divine Wisdom, a congregation of women who tended to the sick and educated impoverished girls.

Some devotional art has also been attributed to him.

His most famous writings are his works on devotion to the Blessed Virgin Mary, including True Devotion to Mary, the book which Pope St John Paul II credits for influencing his own Marian devotion.

In True Devotion to Mary, he wrote about Marian consecration: