Journey to baptism inspired by peace 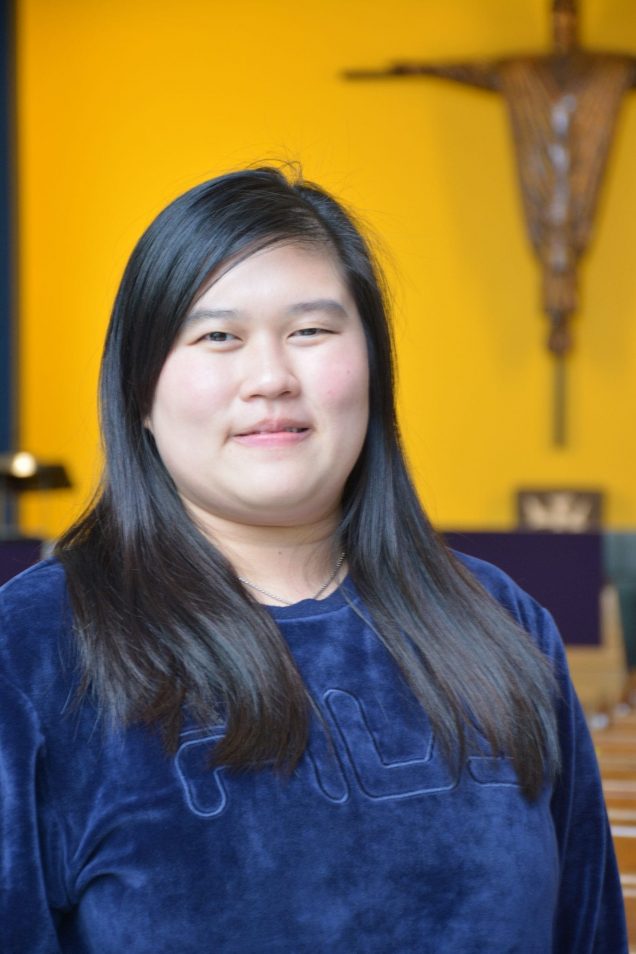 Sylvia Sylvia, who will be baptised in her parish of Sandy Bay at Easter, says that in the Catholic faith she has found something that she truly believes.

Born in Indonesia, Ms Sylvia, 31, first moved to Australia in 2010 to live in Sydney.

Although her mother and grandmother were Catholic, Sylvia had been raised as a Buddhist.

It was through meeting her husband, through friends and experiencing peace in Catholic liturgies that the desire to become a Catholic was born.

At Mass, she was struck by the prayer and the silence.

“When we [went] to the church, when they pray, they tend to be really quiet. So I feel like somehow [I was] really close to God. It’s very silent, then you just pray.”

She began to ask questions about the faith and wanted to be baptised – but was deterred by the long process required in the Indonesian Catholic community.

But God, she says, prepared the way for her.

Although she was studying a Bachelor of Accounting, Sylvia had her application for a visa refused. She describes that time as the lowest point in her life.

“… As a human I tend to complain as well to God. I know that He gave me a lot [of blessings] already but then at that time I was like, ‘God, why You give me this?”

Angry and stressed, she found support in a family friend. She tried to let go of her fear and started praying.

“I say, ‘Okay, I’ll follow Your way. Then guide me, whatever You think is good for me, then I’ll follow.’

“Then both of us, me and my husband, decided to come to Tasmania.”

Although she struggled to find work, she says people in Tasmania have been very supportive.

The couple settled in Glenorchy and, after a year of searching (and a 54-day rosary novena with a friend), she has found a job.

She has applied for another visa, but hasn’t received an offer.

This time, she says it has not been as stressful and is entrusting her visa situation to God.

“He has a better plan for us,” she said.

On February 21 Sylvia, along with two other catechumens, took part in the Rite of Election at St Mary’s Cathedral in Hobart.

When she receives the sacrament of Confirmation as part of her entrance into the Church, she’ll take the Confirmation name of Agnes, after the virgin martyr whose feast falls on her birthday.

Sylvia says it’s the peace she has found that makes her want to become Catholic.

“When you read the scriptures [you wonder how] … Jesus can sacrifice himself for all of us, that sometimes that person might betray him, or do something that he doesn’t like it, but he still sacrifices himself for us. So it’s like: ‘Wow’,” she said.

“So when I read that one and then I go to church every Sunday and then I hear the words of God … I started to think: ‘I think that, I guess, this is my faith.’

“I found something that I truly believe.”

Main image: Sylvia Sylvia inside Holy Spirit Church, Sandy Bay, where she will be baptised at Easter. Photos: Naomi Leach.