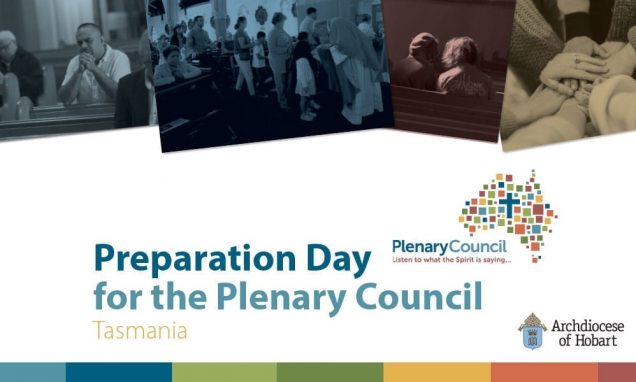 The first assembly of the Fifth Plenary Council of Australia will be held in October this year, following a year’s delay due to COVID.

Rather than gathering in one physical location, delegates will assemble in state-based Plenary Council hubs, virtually linked to those in other locations in a multi-modal format.

There are expected to be 280 members of the Plenary Council attending from around Australia.

The second assembly will be held in Sydney in July 2022.

The preparation days will feature speakers Daniel Ang, Director of the Sydney Centre for Evangelisation and one of the writers of the working document, along with Professor Tracey Rowland, Australian theologian and a member of the International Theological Commission.

Tasmania’s delegates will also attend the preparation days as part of their own preparation for the Plenary Council.

Archbishop Julian says that preparation days had been planned for last year, but had been postponed due to travel restrictions.

“I always felt that the most beneficial thing we can do is give people a chance to look at the working papers which would be the source documents for the Plenary Council. We’re going to break it open,” His Grace said.

“We’ve got a couple of speakers to assist in breaking open the documents and then there will be a chance for some small group discussion, and we’ll get some feedback from people.”

The Launceston preparation day will be held on Saturday, April 24 at St Anthony’s Catholic Primary School hall, 382a West Tamar Rd, Riverside from 10am until 2.30pm.

The Hobart gathering will be held on Saturday, May 8 at Guilford Young College Hobart campus, from 10am until 2.30pm. Attendees are asked to use the Brisbane Street entrance to access the college grounds.

Both gatherings are free of cost and will include lunch.

Due to COVID regulations, all those wishing to attend are required to register through plenarypreparation.eventbrite.com.au

Those attending will need to bring their tickets on the day.