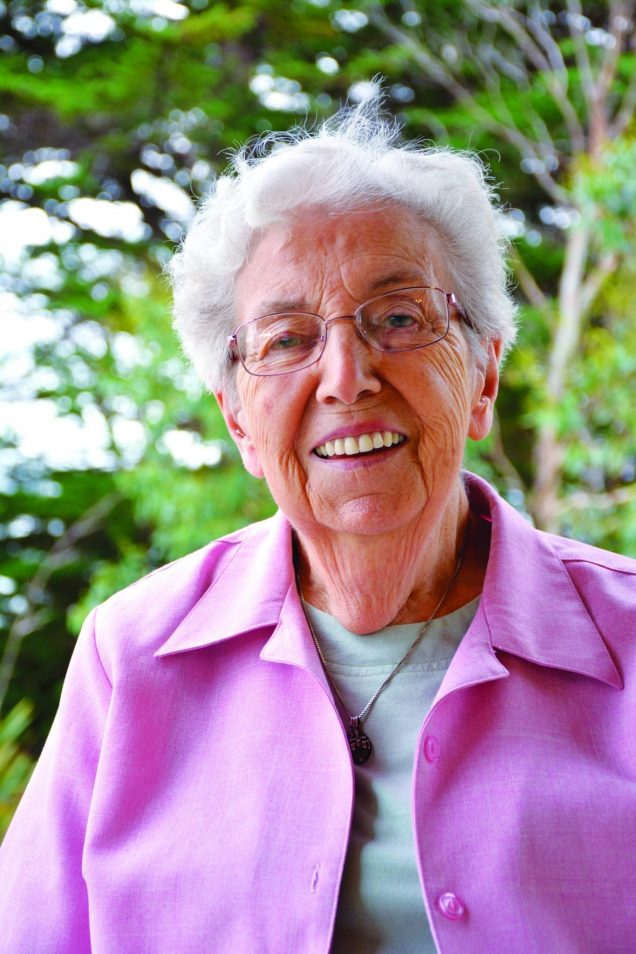 Her family’s faith had a large impact on her life. Nighttime family prayer was a regular event and Fr John Wallis – who would go on to found the Missionary Sisters of Service – was an occasional visitor to their home. It was from Fr Wallis that she would receive her First Holy Communion.

Other family members were also influential in developing her faith: from her grandmother, Sr Mechtilde learned the importance of praying a morning offering and of speaking with God throughout the day, while she also fondly recalled time spent with an aunt who would later become a Good Shepherd sister.

At age 11, while attending a summer school for Catholic children run by the Sisters of St Joseph, she was asked by some of the sisters what she wanted to be when she grew up.

Her response was that she was “either going to be a nun or a pastry cook”.

This prompted the sisters to visit her family on Bruny Island.

At the age of 12 she entered the juniorate of Sisters of St Joseph; at 16 she became a novice; and in 1948 – at age 19 – Sr Mechtilde made her first religious profession. Along with her religious name, she had received the title ‘of the Five Wounds’.

Not knowing how to pronounce her new name, Sr Mechtilde recounted walking around with her name on a slip of paper for days asking people how to say it. However she grew to love it, along with the medieval Benedictine saint after whom she had been named, identifying with St Mechtilde’s love of music.

Sr Mechtilde served in various places around Tasmania; from teaching in Westbury and Zeehan, to pastoral work in Ulverstone and serving on the Emmanuel Team at the Emmanual Centre in Newstead. She spoke with fondness of her time helping to establish Waterton Hall, a boarding school at Rowella. She returned to serve there for three years before it closed in 1971.

In 2006 Sr Mechtilde returned to Bruny Island, and then in 2018 moved to St Joseph’s community in New Town, where she had previously served in a ministry of pastoral care to the resident sisters.

She passed away peacefully on November 16 at St Joseph’s convent. She was in her 72nd year of religious life.