Palavra Viva return to Brazil for year of formation 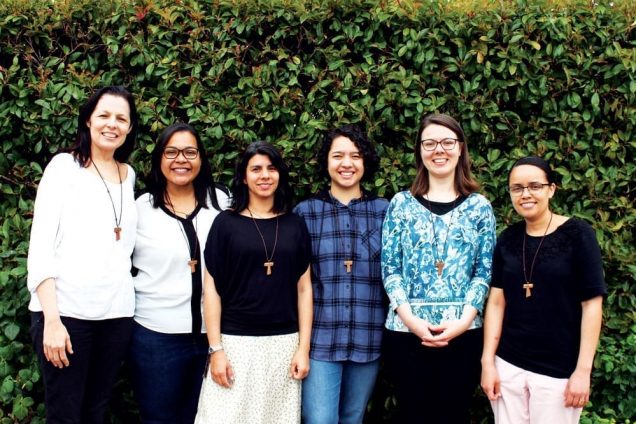 The Palavra Viva missionaries in Tasmania have been recalled to Brazil to take part in a year-long program of prayer and formation with their community.

The six Launceston-based consecrated lay women have been joined by the entire consecrated membership of the Palavra Viva Catholic Community – around 500 members – who have returned to Brazil from mission houses around the world.

The decision to spend a year in prayer and formation in evangelisation came as many priests and consecrated lay members of the community were unable to engage in active evangelisation due to COVID-lockdowns.

Local superior Viviane Drumond says that the Palavra Viva Catholic Communty’s general council had realised this was the best time to have a year of formation, and to be further equipped for the mission of evangelisation.

“… We know that the Church will need more missionaries in some years,” she said, in an interview just before returning to Brazil.

“We are happy to see … our families [again], to spend Christmas with our families, and to go to [our] community after Christmas, but it’s hard for us because for us, the people here are like [family] as well.”

Community member Cassia Sampaio, who has been serving as the Archdiocesan Director of Youth Evangelisation since mid-2020, has also returned to Brazil. Along with community members Ana Maria Felix and Fernanda Maciel, Cassia renewed her promises of poverty, chastity and obedience at a Mass in Launceston just days before the group left Tasmania.

Present amongst the community members in Brazil is the Palavra Viva’s first Australian vocation – a young woman from country New South Wales who is discerning a consecrated vocation with the community.

The members of the Palavra Viva Catholic Community, who have had a presence in Tasmania since December 2017, are expected to return once the year of formation is finished.