Liturgy Matters – Blessed are those who hunger and thirst for righteousness, for they will be filled (Matt 5:6) 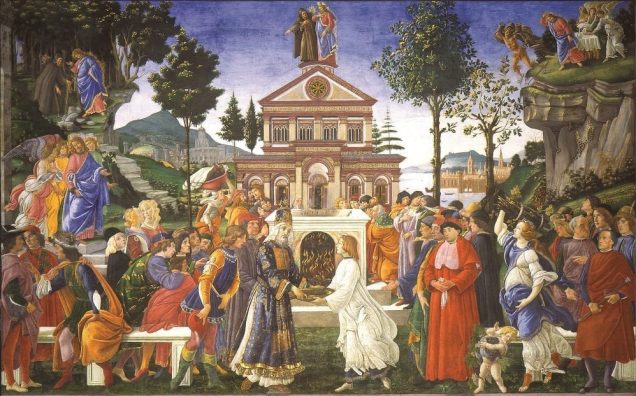 The Australian government has committed to a national conversation on marriage. Responding to this, the Australian Catholic Bishops have called for October to be an extraordinary month of prayer and fasting, in Catholic communities and families across Australia, dedicated to a respectful discussion, the well-being of marriages and families, and in a particular way for people who are same-sex attracted or gender questioning.

St. Basil the Great teaches that “Fasting gives birth to prophets and strengthens the powerful; fasting makes lawgivers wise.” Christians find themselves again at a critical moment in history where our freedom to live religious and reverent lives in peace and quiet (1 Tim 2:8) is at threat by secular authority. In this regard the bishops’ appeal finds its firm foundations in Tradition and Scripture.

The people of Israel had frequent recourse to prayer and fasting when under threat or in desperate need of God’s intervention in a particular situation, and frequently with dramatic results. King Jehoshaphat assembled the entire population at Jerusalem for fasting and praying and the considerable armies of three nations bearing down upon him were routed by the hand of God (2 Chon 20). No isolated example, it reveals the power of that prayer and fasting which gathers together the whole community and orients it in earnest petition to God.

In the Acts of the Apostles, prayer and fasting are a prelude to the action of the Holy Spirit in the mission of the early Church. (Acts 13) A most powerful weapon against evil, Jesus instructs his disciples that evil exists of such a kind that “cannot be driven out by anything but prayer and fasting.” (Mk 9:29)

Christian fasting is that means by which we recover our true spiritual nature. It is a voluntarily sacrifice of something good, for our spiritual benefit. And yet at another level its significance emerges in the congruence between two events in Scripture which we might describe as the “breaking of the fast” by Adam and Eve; and the “keeping of the fast” by Jesus. We know that God decreed a fast from the fruit of only one tree, the tree of knowledge of good and evil (Gen. 2:17). In breaking that fast Adam and Eve essentially rejected a life dependent upon God. Christ, the new Adam, at the beginning of his ministry significantly “fasted 40 days and 40 nights” (Matt 4:2). Matthew tells us: “He became hungry.”

Significantly, hunger makes real the crucial question: on what does my life depend? Adam, deceived by Satan placed his faith in food and eats. In contrast Christ Jesus rejects Satan exclaiming that “Man does not live by bread alone”. (Mt. 4:4; Lk. 4:4)

And remember, Jesus gave us guidelines for fasting… “And when you fast, do not look dismal, like the hypocrites, for they disfigure their faces that their fasting may be seen by men. Truly I say to you, they have received their reward.” (Matt 6:16-18).