Placing God at the Centre of Our Lives 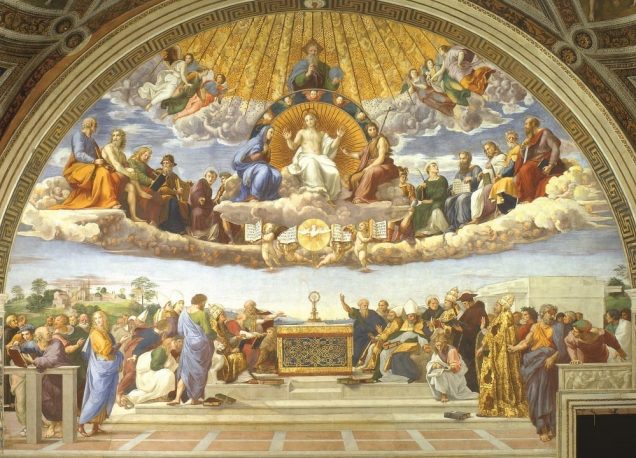 In 2016, the Prefect of the Congregation for Divine Worship and the Discipline of the Sacraments, Cardinal Robert Sarah, encouraged the world’s clergy to consider praying the Mass facing East and in the same direction as the faithful “to the Lord who comes”, suggesting that the season of Advent would be an opportune time to do so, and to provide catechesis. The discussion quickly escalated, causing the Vatican to clarify that the Cardinal’s remarks were but appropriate commentary and that no new liturgical directives will be introduced for Advent.

Appointed prefect by Pope Francis in 2014 it is not the first time Cardinal Sarah has openly initiated such a discussion. In June 2015, the Cardinal reflected as desirable a return to a common orientation of priests and the faithful during the Mass, especially in those parts of the liturgical rites when we are specifically addressing God. In a speech to the Sacra Liturgia conference in London entitled: Towards an Authentic Implementation of Sacrosanctum Concilium, Cardinal Sarah again expounded the merits of a common orientation permitted by current liturgical legislation as “a very important step in ensuring that in our celebrations the Lord is truly at the centre.” Noting the Council’s stated desire to impart an ever increasing vigor to the Christian life of the faithful, Cardinal Sarah posed the question “where are the faithful of whom the Council Fathers spoke?” Many of the faithful he said “are now unfaithful: they do not come to the liturgy at all.”

While the move to Mass ‘Versus Populum’ or facing the people is a frequent and convenient milestone for measuring the steady exodus from the pews observed in the period post Vatican II, the reduction in faith practice among Catholics is complex and it is difficult to imagine as Cardinal Sarah appears to suggest, that the orientation of the priest in Mass holds any significant bearing on the number of faithful in our pews. And yet in the priest’s turning to face the people, Sarah makes an appropriate observation and enquiry: Where is God in the liturgy if the priest is even inadvertently the centre of our physical attention?

No matter your view on which way the priest should face, Sarah’s caution that the liturgy “is not where we celebrate our own identity or achievements or exalt or promote our own culture and local religious customs” does point to certain vulnerabilities in our liturgical practice that should animate our vigilance in ensuring that our liturgy remains “first and foremost about God and what He has done for us.” After-all, scripture instructs us that “Unless the Lord builds the house, those who build it labor in vain.” (Ps 127) If by some means God is not demonstrably at the centre of our worship, how can he be at the centre of our lives?