Ritual of Lament recognises survivors and their families 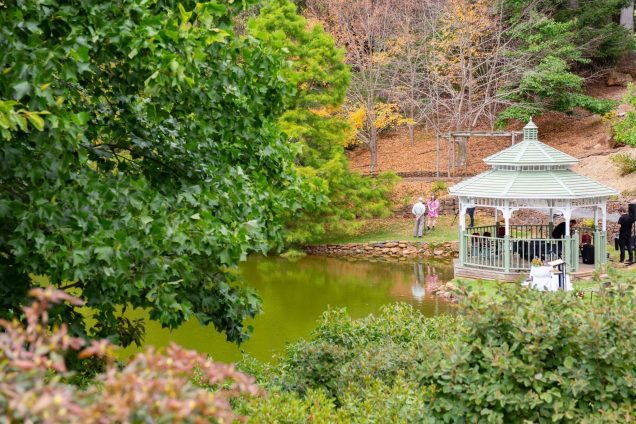 A moving ritual of lament for the victims and survivors of historic sexual abuse at Marist College and Marist Regional College was held at the Emu Valley Rhododendron Gardens, Burnie on March 20.

Former principal of Marist Regional College, the late Adrian Drane, supported the idea of establishing a ritual of lament. The college’s Sexual Abuse Response Group ‘Seek the Truth’ turned the idea into reality.

Three survivors of historical sexual abuse at the college shared their stories with those present.

“No words can adequately express our sorrow to the pain experienced by the survivors of abuse caused by those who were supposed to represent to them the love of God,” Archbishop Julian said.

“I stand here humbled after listening to the testimonies of Peter, Kevin and Greg.”

Provincial of the Marist Fathers in Australia Fr Tony Corcoran, expressed his ‘deepest remorse and heartfelt apology’ to the survivors of abuse and their families.

“The Royal Commission into Institutional Responses to Child Sexual Abuse confronted the Marist Fathers in Australia with a dark and shocking reality.

“We were not only faced with the indefensible criminal actions of a significant number of Marists, but also years of denial, secrecy and failure by our leadership to respond effectively and compassionately to survivors,” Fr Corcoran said.

Principal of Marist Regional College Gregg Sharman spoke of the ‘pain, grief and loss’ experienced by victims caused by those at the college who betrayed the trust given to them.

“Horrendous things happened at our college where young people should have been nurtured and protected – not abused.

“To the victims and their families; we want to provide surety we have the will to commit in making every effort to stand with you.

“As our college principal, I am here to apologise today, to every student sexually abused,” Mr Sharman said.

The ceremony concluded with the lighting of candles in remembrance of the victims of child sexual abuse at the college.

A plaque that was blessed by Archbishop Julian was entrusted to the care of Mr Sharman and two people who have a family member who was abused at the college. The plaque will be placed in the College’s Garden of Remembrance in the coming weeks.

“I wish to express my deep regret, and I apologise for what has happened,” Archbishop Julian said.

“I am committed to ensuring we do everything possible to ensure the safety and well-being of everybody in the care of the Church in Tasmania.”

The Catholic Church in Tasmania supports the role of civil authorities in bringing perpetrators of child sexual abuse to justice.

Make a report to police or professional standards.

Learn about the Archdiocese of Hobart’s safeguarding program, Safe Communities.

Main image: The Marist Ritual of Lament was held at the Emu Valley Rhododendron Gardens in Burnie.