Called to holiness as a domestic church 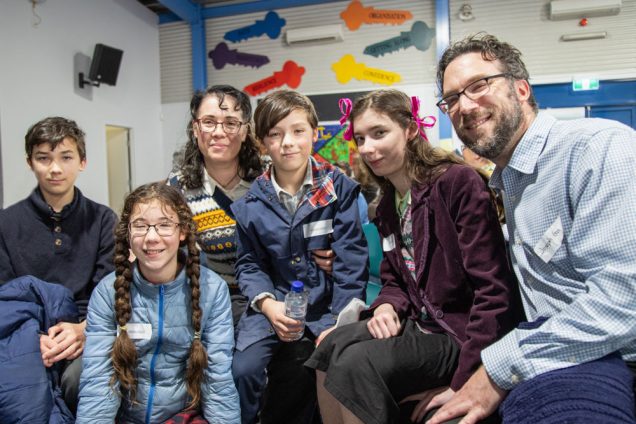 That each Catholic family is a domestic church was Archbishop Julian’s central message as the Archdiocese of Hobart recently celebrated the 10th World Meeting of Families.

With the main World Meeting of Families event held in Rome from 22 to 26 June, two Archdiocesan family gatherings were organised across the northern and southern deaneries of Tasmania on Saturday 25 June.

The gatherings were organised in response to Pope Francis’ call to join him in the celebration of the family and were held at St Anthony’s Catholic School in Riverside and the Diocesan Centre in New Town.

Participants watched video presentations from speakers across Australia addressing aspects of family life relating to this year’s theme, “Family love: A vocation and a path to holiness”.

An opportunity for open discussion followed the talks, with many able to share their experiences of faith and family life.

In his homily at St Francis of Assisi Church in Riverside, Archbishop Julian said the family lies at the heart of human life.

“The World Meeting of Families commemorates the profound truth that each Catholic family is a domestic church.

“There is a need to foster in the children a love for family life and for the Christian way of life,” he said.

“The pull of the world is so strong – we are fighting a spiritual battle for the souls of our children.

“Thus, a Catholic family needs to have prayer at its heart.”

The Archbishop added that the World Meeting of Families was an opportunity to celebrate and pray with families across the world.

“These are families just like your own, facing the same challenges and drawing on the same faith.

“On this day when we honour the Immaculate Heart of Mary, we invoke her intercession for our families,” he concluded.

Director of the Office of Life, Marriage and Family, Ben Smith, said the gatherings were a beautiful opportunity to come together and celebrate family life.

“The World Meeting of Families really helps to establish the ‘domestic church’ as a reality people are aware of and celebrate.

“There was a lot of catechesis developed in advance – the Life, Marriage and Family Network worked at a national level for the last six months to develop content for the day.

“We were able to share that content through the sessions we had for different age groups,” he said.

“We wanted to promote the idea that married people can become saints; that family life can be a place where holiness is pursued and found,” Mr Smith said.